21-09 Should We Offer Bhog Through Guru or Directly? 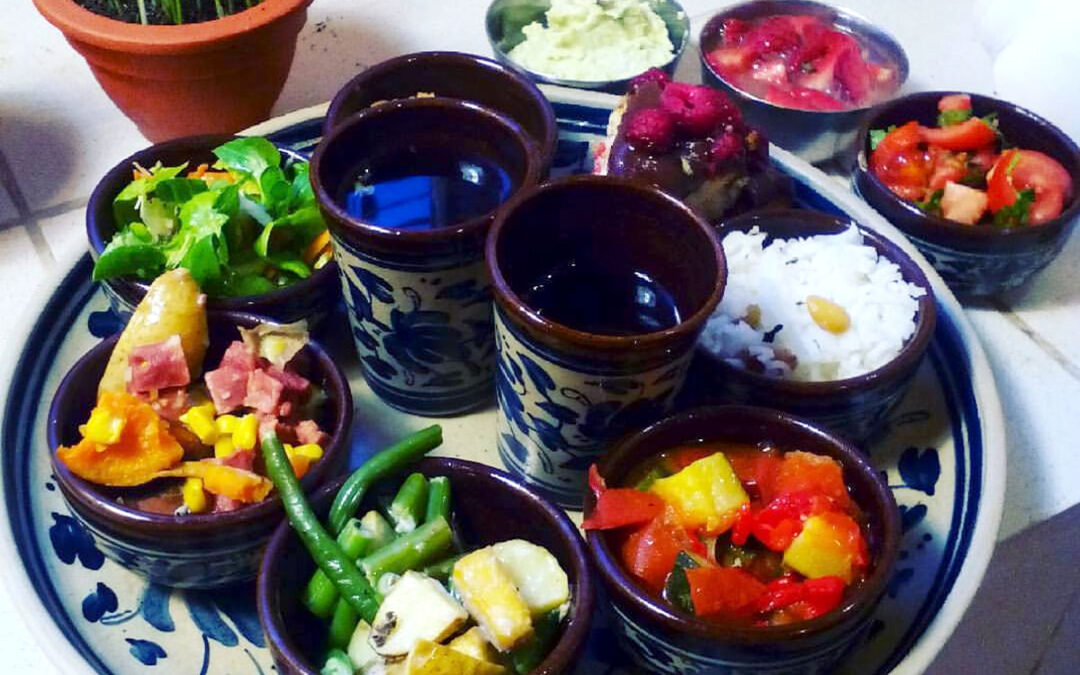 Devotee: I have always heard that it is necessary to offer bhog through Gurudev, since he is God´s eternal companion, and we do not have a direct relationship with God. But some devotees argued that if we offer through a Guru, then we make Gurudev serve us. Here is a dilemma! I ask you for clarification.

Bhakti Nandan Swami Maharaj: According to the holy scripture’s recommendation and normal spiritual tradition as accepted by the Guruvarga, all the bhoga should be offered to the Lord through the Guru/s, since Sri Guru/Guru-tattva is the one truly qualified to directly serve (offer) the bhoga to the Lord, but his disciples should be fully assisting him all the way during that ‘bhoga-offering service’ (or any other services requiring some help). This is what has already been formally (officially) introduced and instructed by the ‘archana-kana’, or ‘archana paddhati’, the authoritative books on the systems and rules of worship/s.

As regards the question arises that the disciple engages Gurudeva in the service, the answer is that:

a) It’s not the disciple, in the first place, to engage Sri Guru in service, but it’s rather the other way around – the disciple is, in fact, directed or instructed by the Sastra or Mahajana (Guruvarga) to do that i.e. offer the bhoga in the hand of Sri Guru to offer it to the Lord. In other words, a disciple is actually doing the same (engaging Sri Guru in offering the bhoga to Lord), in order to follow the Sastra’s and Guru’s special instruction or direction in that regard. And that’s his (disciple’s) duty.

b) Since, Sri Gurudeva also likes to do that service to the Lord, and that the disciples are also adequately assisting his Gurudeva in the same service, hence, it shouldn’t be taken or considered as creating any burden of service (service-engagement) for Sri Guru. They rather do it to please him, which is opposed to burdening engagement. (But, if a disciple doesn’t assist his Gurudeva enough in the same service, then, of course, the burden of the guilt or responsibility will come on him to tactfully engage his Guru in that service in order to avoid the same responsibility for himself.)

Many times, Srila Gurudeva may not be physically present or available to make the direct offerings of bhoga to the Deities on the altar. In such cases, a disciple should mentally offer the bhoga in the hand of Sri Gurudeva, in the first place and continue to meditate on it that Sri Gurudeva is actually offering that bhoga to the Lord, being assisted by him (while physically and practically he [the disciple] is doing everything as the temple Pujari or worshipping priest). That’s how the temple Pujari usually does.

The above explanation doesn’t always necessarily mean that the disciples or devotees do not or can not have the capability (right) or qualification to directly offer things to the Lord or in the service of Lord. In other words, in special cases, the high-class devotees or qualified devotees, especially following the ‘raga-marga’, can also make a direct offering to the Lord, under/with the gracious sanction (approval) and blessings of their Gurudeva/s. It’s already understood that they all have a natural submissive attitude in relation to their Gurudevas and not having any kind of competitive mood.

A question may arise herein, can a disciple or devotee have a direct relationship with the Supreme Lord? The answer is — yes, but that relationship is understood or realised in relation to Sri Guru. And not without or independent of the Guru.

(Note of clarification: See, being a part and parcel of the marginal potency of Lord, every disciple or devotee, [none other than a jiva soul], has got a direct relation with its source. Yet, in the conditioned state, his same relationship gets somewhat rusty, covered or sleepy type due to the material conditioning. Therefore, sastra-guru says, you may not realise your direct relationship with the Lord, until and unless you start getting cleansed, uncovered, awakened, in other words, begin to be freed from the mundane conditioning. So until and unless you become properly qualified, better offer your services to the Lord through Sri Guru or under the gracious guidance of Sri Guru. That will be more helpful and beneficial for you, rather than your direct approach.

What sort of direct relation is discussed here? Some explanation is given below.

On the very exalted state of devotional life divine (such as nitya-siddha and sadhana-siddha level), the nature of relationship and dealings between Supreme God-Goddess and the devotees/servitors is actually more direct type, compared to the common stage of devotional life still being cultivated or developed in relation to Them. Yet such aforesaid ‘direct relationship’ for the devotees/disciples manifests, takes place, gets cultivated under the loving guardianship and guidance of Sri Guru in relation to the Supreme Guru-tattva Krsna. (Any arrogant, proud approach/attempt to be directly relating to Their Lordships, by ignoring or disregarding the Guru/Gurutattva, is in no way allowed or accepted in the world of divinity.)